WHY THIS SARVANGASANA (SHOULDERSTAND) SEQUENCE WORKS

I’m going to start this article with the same caveat that I included in my Headstand sequence: This practice is not designed to teach you Shoulderstand. Rather, it’s designed to break down the elements that comprise good, skillful sequencing for Shoulderstand (Sarvangasana).  It’s only intended for students and teachers who are already proficient in this posture. If you’re not regularly practicing Shoulderstand, please learn the pose in the presence of a qualified instructor.

Shoulderstand (also known as Sarvangasana)  is a simple posture, except for one glaring component—the shoulders. It’s fitting that the shoulders are the exceptional aspect of the posture that bears its’ name. When the shoulders don’t comply with the posture, they create misalignments that can wreak havoc on the neck and make the entire posture feel out of whack.

Fortunately, a good sequence for Shoulderstand can help prepare your body where you need it most: the front of your shoulders, chest, hip flexors, and quads. Your shoulders need to extend and adduct in order to get into the optimal position for Shoulderstand. To visualize this: Imagine swinging your upper arms back behind you, bending your elbows, and hugging your elbows toward each other. Otherwise, your elbows will splay away from each other, you’ll lose stability that your shoulders provide, and you’ll overload your neck. The combination of extending and adducting your shoulders actions is not easy, which is why the sequence below focuses so heavily on anterior (front) shoulder and chest opening.

Let’s break it down a little further:

This sequence starts off with Ardha Supta Virasana, Down Dog, and Low Lunge with fingers clasped behind the back. These postures introduce three essential components of Shoulderstand. You open the front of your shoulders and chest in the low lunge, you open your hip flexors and quads in Ardha Supta Virasana, and you get upside down in Downward-Facing Dog.

Postures 4-8 form the heart of this sequence. I snuck Reverse Warrior into the mix because it’s wise to do sidebends before backbend and because the posture adds some variety and balance to the sequence. Transitioning from Reverse Warrior to Ardha Chandrasana with the foot clasped is a nice, simple combination. Ardha Chandrasana with the foot clasped helps prepare you for the sequence of backbends to follow since it stretches the hip flexors and quads. I can’t emphasize enough how integral opening the front of the chest, shoulders, and thoracic spine is to a healthy Shoulderstand. Towards this end, postures 6, 7, and 8 are a straightforward progression of backbends. Bridge Pose is the simplest of the three backbends and so it could have been first in the series, not last. But, Bridge Pose does such a great job of replicating the actions of the upper body in Shoulderstand that I wanted to include it as the final backbend in the series.

If you wanted a shorter sequence, you could skip poses 9 & 10. In fact, I like the idea of going from poses 4-8 straight into Plow and Shoulderstand nearly as much as I like including postures 9 & 10. Going straight from postures 4-8 into Shoulderstand provides you with the continuity of opening your chest since these postures focus so heavily on opening your chest and shoulders. That said, I’m including Child’s Pose and seated forward bend in this sequence prior to Shoulderstand because they’re good for soothing the nervous system. Ideally, Shoulderstand is a deeply nurturing, quieting posture. Practicing Child’s Pose and seated forward bend before Plow Pose and Shoulderstand may make these postures more beneficial by helping you settle your nervous system.

Plow Pose provides the perfect transition into Shoulderstand and out of Shoulderstand. There’s no mystery here. Enjoy.

If you want to feel more confident and knowledgeable about your sequencing skills, check out my online course, The Art of Yoga Sequencing. It’s great for yoga teachers and students who want to better understand how the body works and how to stretch and strengthen effectively.

Want a free e-book with all our online sequences?

Sign up for our newsletter and we’ll send it to you! Move Before You Meditate: A Yoga Sequence to Prepare for Meditation

I typically meditate first thing in the morning and a short yoga sequence helps me shake off sleepiness before I settle in to meditation. This is...

END_OF_DOCUMENT_TOKEN_TO_BE_REPLACED 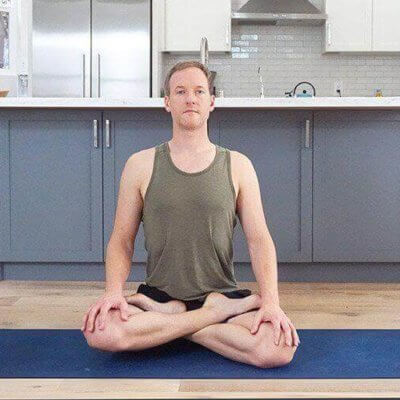 QUESTIONI struggle with tight hips and I want to learn Lotus Posture (Padmasana). Can you suggest a yoga sequence that will help me open my hips and...

END_OF_DOCUMENT_TOKEN_TO_BE_REPLACED

WHY THIS SEQUENCE WORKS I spent my first two years of yoga avoiding Warrior III. Then, I spent another year avoiding it. Finally, after avoiding it...